If you happened upon Fairgate Farm on a Wednesday morning this summer, you’d likely find six teenage girls chatting while harvesting the one-acre community garden.

“We’re always talking to someone,” said Diana Kolaj, describing the group’s Wednesday morning ritual as a space for everything from group therapy to political debate to movie criticism. (The girls do not recommend “Midsommar.”)

The teens are summer interns at the farm, located on the city’s West Side, and were introduced to the job through the Stamford Regional Agriscience and Technology Program at Westhill High School, which they all attend.

Westhill is part of a network of 19 such agriscience programs that have blossomed in the state since the first high school Agricultural Science and Technology Education Center opened in the Connecticut in 1955. 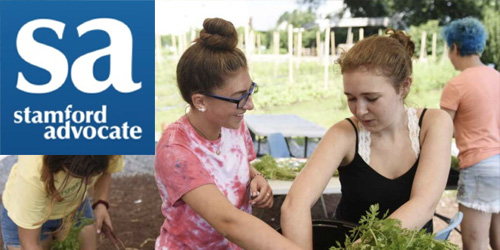